The Importance of Leadership In Managing Change

Robert Bacal is a noted author, keynote speaker, and management consultant. His most recent books include Performance Management – A Briefcase Book, and The Complete Idiot’s Guide To Dealing With Difficult Employees.

When change is imposed (as in downsizing scenarios), clearly the most important determinant of “getting through the swamp”, is the ability of leadership to…well, lead. The literature on the subject indicates that the nature of the change is secondary to the perceptions that employees have regarding the ability, competence, and credibility of senior and middle management.
If you are to manage change effectively, you need to be aware that there are three distinct times zones where leadership is important. We can call these Preparing For the Journey, Slogging Through The Swamp, and After Arrival. We will look more carefully at each of these.

The Role of Leadership

In an organization where there is faith in the abilities of formal leaders, employees will look towards the leaders for a number of things. During drastic change times, employees will expect effective and sensible planning, confident and effective decision-making, and regular, complete communication that is timely. Also, during these times of change, employees will perceive leadership as supportive, concerned and committed to their welfare, while at the same time recognizing that tough decisions need to be made. The best way to summarize is that there is a climate of trust between leader and the rest of the team. The existence of this trust, brings hope for better times in the future, and that makes coping with drastic change much easier.
In organizations characterized by poor leadership, employees expect nothing positive. In a climate of distrust, employees learn that leaders will act in indecipherable ways and in ways that do not seem to be in anyone’s best interests. Poor leadership means an absence of hope, which, if allowed to go on for too long, results in an organization becoming completely non-functioning. The organization must deal with the practical impact of unpleasant change, but more importantly, must labor under the weight of employees who have given up, have no faith in the system or in the ability of leaders to turn the organization around.
Leadership before, during and after change implementation is THE key to getting through the swamp. Unfortunately, if haven’t established a track record of effective leadership, by the time you have to deal with difficult changes, it may be too late.

Preparing For The Journey

It would be a mistake to assume that preparing for the journey takes place only after the destination has been defined or chosen. When we talk about preparing for the change journey, we are talking about leading in a way that lays the foundation or groundwork for ANY changes that may occur in the future. Preparing is about building resources, by building healthy organizations in the first place. Much like healthy people, who are better able to cope with infection or disease than unhealthy people, organization that are healthy in the first place are better able to deal with change.
As a leader you need to establish credibility and a track record of effective decision making, so that there is trust in your ability to figure out what is necessary to bring the organization through.

Slogging Through The Swamp

Leaders play a critical role during change implementation, the period from the announcement of change through the installation of the change. During this middle period the organization is the most unstable, characterized by confusion, fear, loss of direction, reduced productivity, and lack of clarity about direction and mandate. It can be a period of emotionalism, with employees grieving for what is lost, and initially unable to look to the future.
During this period, effective leaders need to focus on two things. First, the feelings and confusion of employees must be acknowledged and validated. Second, the leader must work with employees to begin creating a new vision of the altered workplace, and helping employees to understand the direction of the future. Focusing only on feelings, may result in wallowing. That is why it is necessary to begin the movement into the new ways or situations. Focusing only on the new vision may result in the perception that the leader is out of touch, cold and uncaring. A key part of leadership in this phase is knowing when to focus on the pain, and when to focus on building and moving into the future.

In a sense you never completely arrive, but here we are talking about the period where the initial instability of massive change has been reduced. People have become less emotional, and more stable, and with effective leadership during the previous phases, are now more open to locking in to the new directions, mandate and ways of doing things.
This is an ideal time for leaders to introduce positive new change, such as examination of unwieldy procedures or Total Quality Management. The critical thing here is that leaders must now offer hope that the organization is working towards being better, by solving problems and improving the quality of work life. While the new vision of the organization may have begun while people were slogging through the swamp, this is the time to complete the process, and make sure that people buy into it, and understand their roles in this new organization.

Playing a leadership role in the three phases is not easy. Not only do you have a responsibility to lead, but as an employee yourself, you have to deal with your own reactions to the change, and your role in it. However, if you are ineffective in leading change, you will bear a very heavy personal load. Since you are accountable for the performance of your unit, you will have to deal with the ongoing loss of productivity that can result from poorly managed change, not to mention the potential impact on your own enjoyment of your job. 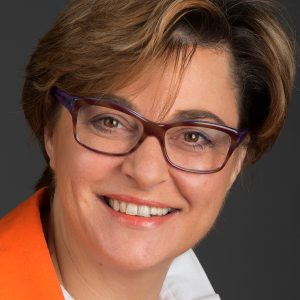 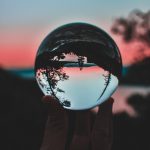 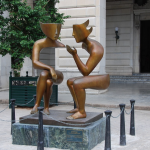